(Lake Forest, CA) Portfolio, the nation’s leading reinsurance program manager for automotive dealers, has announced that Peter W. Jacobson, formerly of Toyota Financial Services in San Francisco, has joined the company as a Reinsurance Specialist. The position requires working closely with dealer principals on business strategy and a thorough knowledge of all dealership operations.

Jacobson most recently was Dealer Sales and Service Manager (DSSM) in the San Francisco office of Toyota Financial Services (TFS), beginning in that position in 2013. Prior to that, starting in 2007, he held the same position in the Sacramento office of TFS. In these assignments he was successful in increasing the company’s production in Insurance, Finance/Lease, Loans, and Floorplan. He earned the University of Toyota’s Master Certification in Toyota Quality Financial Management in 2002, and represented his region at both Dealer Council and Dealer Advertising Association meetings throughout his tenure as DSSM. In 2015 he was named National Champion in TFS’s Dealer Simulation contest at the National Sales Conference.

“Pete is a perfect fit with Portfolio. He has known us as a competitor for many years, and brings vast experience working with dealer principals in all aspects of their operations,” said Graye Wolfe, Portfolio’s Managing Director for the Western US. “As a former dealer I respect what he brings to the table and predict he will be very successful as one of our Reinsurance Specialists.”

Dan Haugen, Chief Sales Officer, added, “Portfolio’s growth has always been based on putting the most talented industry veterans in the field to serve our dealer clients. Our future growth depends on the same, with experienced Reinsurance Specialists working with our agents to deliver our unique value proposition to new dealer clients. I am enthusiastic about Pete joining our sales team, because he has the qualifications and energy help us build our business.”

A 1983 graduate of the University of the Pacific with a B.S. in Economics, Jacobson began his career with GMAC in California. After rising through several dealership service positions there, he was selected in 1990 to be trained in Insurance Products and F&I Operations at GMAC’s headquarters in Detroit. He was hired by Toyota Motor Credit Corporation (TMMC) in 1991 as a Dealer Relations Manager for the California Bay Area and later for Southern California. He was promoted to Performance Development Manager in 2000 when TMMC merged with Toyota Motors Insurance Services, further expanding his experience working with dealers to improve F&I processes, production, and profitability. 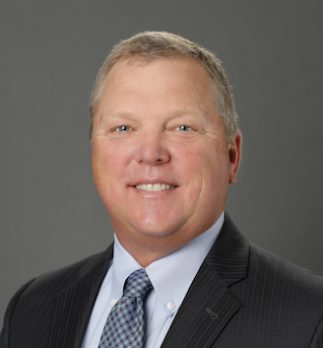